The Worlds Only 2 Seat Hurricane Is Destined For Biggin Hill 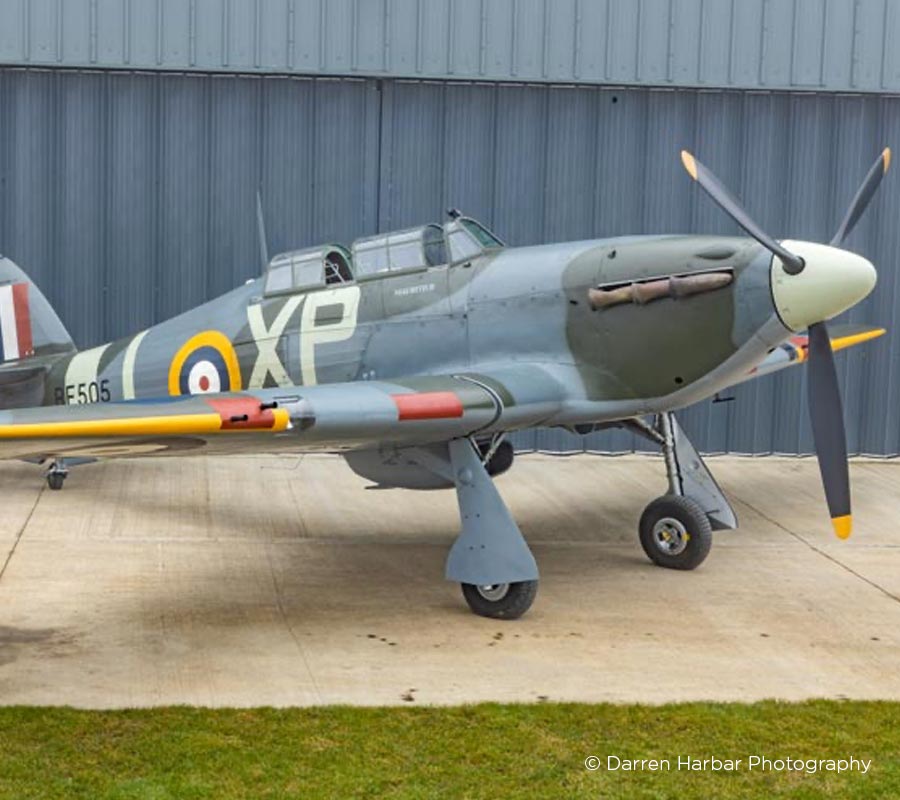 The Biggin Hill Heritage Hangar and FlyaSpitfire.com are thrilled to announce that the world’s only flying 2 seater Hurricane ‘BE505’ will be joining our fleet for the 2020 flying season.

The stable construction of the Hurricane meant that it had multiple roles during the war, from the MK I fighter responsible for the Lion’s share of the kills during the Battle of Britain, to the MKII being equipped with Cannons and Bombs enabling its use as a ground attack plane, referred to by many as the ‘Hurribomber’!

In the winter of 2017/18 it was announced that this airframe had been chosen to be converted into a two-seat machine allowing the public to enjoy flights in another classic Battle of Britain aircraft in addition to the existing 2 seater Spitfires in operation. The conversion has been completed as sympathetically as possible to the original lines of the airframe and is similar to those airframes converted to two-seaters during WWII .