What engine did the spitfire have? 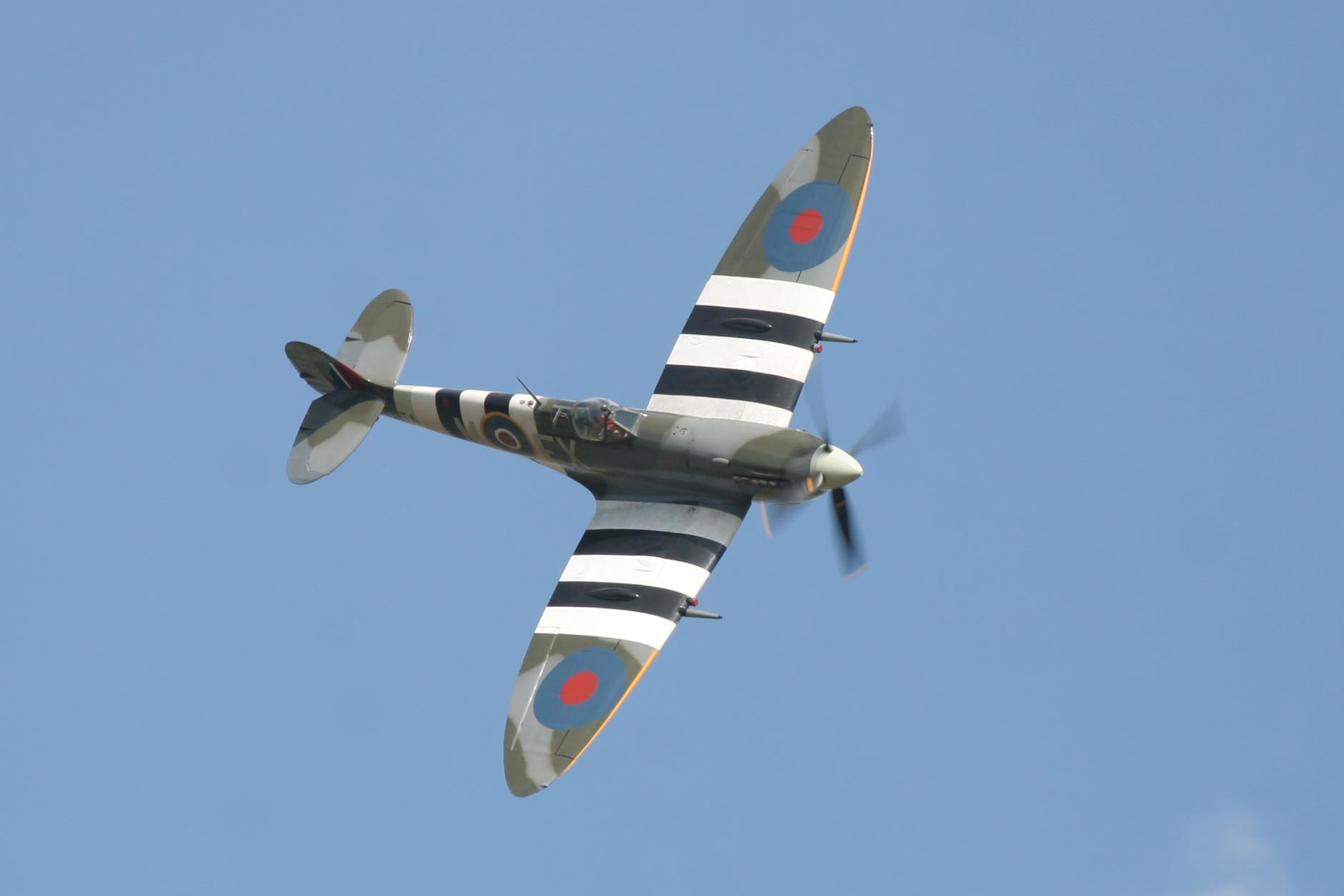 What engine did the Spitfire have?
The Spitfire was an engineering masterpiece, but no man-made object of such repute is ever designed in a vacuum. It will always be more than the sum of its component parts. As well as a cutting edge all-metal monocoque airframe and a wing that was a work of sheer genius, the crucial element that actually took the guns all the way to the enemy was its engine.

The origin of the Spitfire’s first engine, the Rolls-Royce Merlin, was not designed to an RAF requirement, but instead was a private company venture – called the PV-12.

After adoption for the prototype Spitfire, the engine, now named ‘Merlin’ was a 27-litre, liquid-cooled V12, producing an initial power output of 1000 horsepower, which was to all but double during the course of the war.

Battle of Britain
The Battle of Britain was fought and won with the Merlin III and Merlin XII, producing around 1300HP, the only snag being the tendency of the engine to cut out under negative G, when upside down, or pushing over into a dive. This was overcome by a technician called Miss Tilly Shilling, who invented a restrictor plate that prevented over-fuelling under these conditions.

A huge amount of Merlin production was earmarked for the Lancaster and Halifax Bombers, but it was in the Spitfire that its legend was made.

With developments in supercharging, led by Sir Stanley Hooker, the enormous potential of the Merlin engine came to the fore. When the Luftwaffe’s new Focke-Wulf 190 fighter appeared on the scene, the Spitfire suddenly found itself outclassed and allied losses began to mount rapidly.

More bang for your buck
A team at Rolls-Royce worked day and night to improve the performance of the engine and in just under three months, they had introduced a second supercharger that would cut in at high altitude, where it would have previously run out of steam. This new two-stage supercharged Merlin, put the Spitfire back on top – a position it never lost. The improved engine created the classic MkIX Spitfire, which was meant to be a stop-gap model, but which has become an all-time classic, and, perhaps, the best of all Spitfire models, with the best power to weight ratio.

With wartime production under threat from bombing attack, additional facilities in the US at Packard, were brought into use, with over 50,000 engines being produced under licence. Putting the Packard Merlin into a MkIX Spitfire made it a Mk16, although for the pilot there was no difference. It is still said today that if you want to know if a Spitfire has a Rolls or a Packard engine, all you have to do is look underneath. The one with the Packard is the one that doesn’t leak oil all over the place! The Packard Merlin also transformed the P51 Mustang from an underpowered failure into a world-beater.

While Spitfire development was a process of continuous evolution, the potential of the Merlin was eventually exhausted, and clearly, a replacement was required.

Back to the future
Rolls-Royce went back into their history and revived the old R-type racing engine from the Schneider Trophy racing days, producing a ‘new’ engine called the Griffon, which will be discussed later in a future article.

For now, we reflect and celebrate the iconic Merlin engine, without which the Spitfire would have never got off the ground.

Come and fly behind a Merlin yourself in one of our MkIX Spitfires, and find out just how sweet its music is.