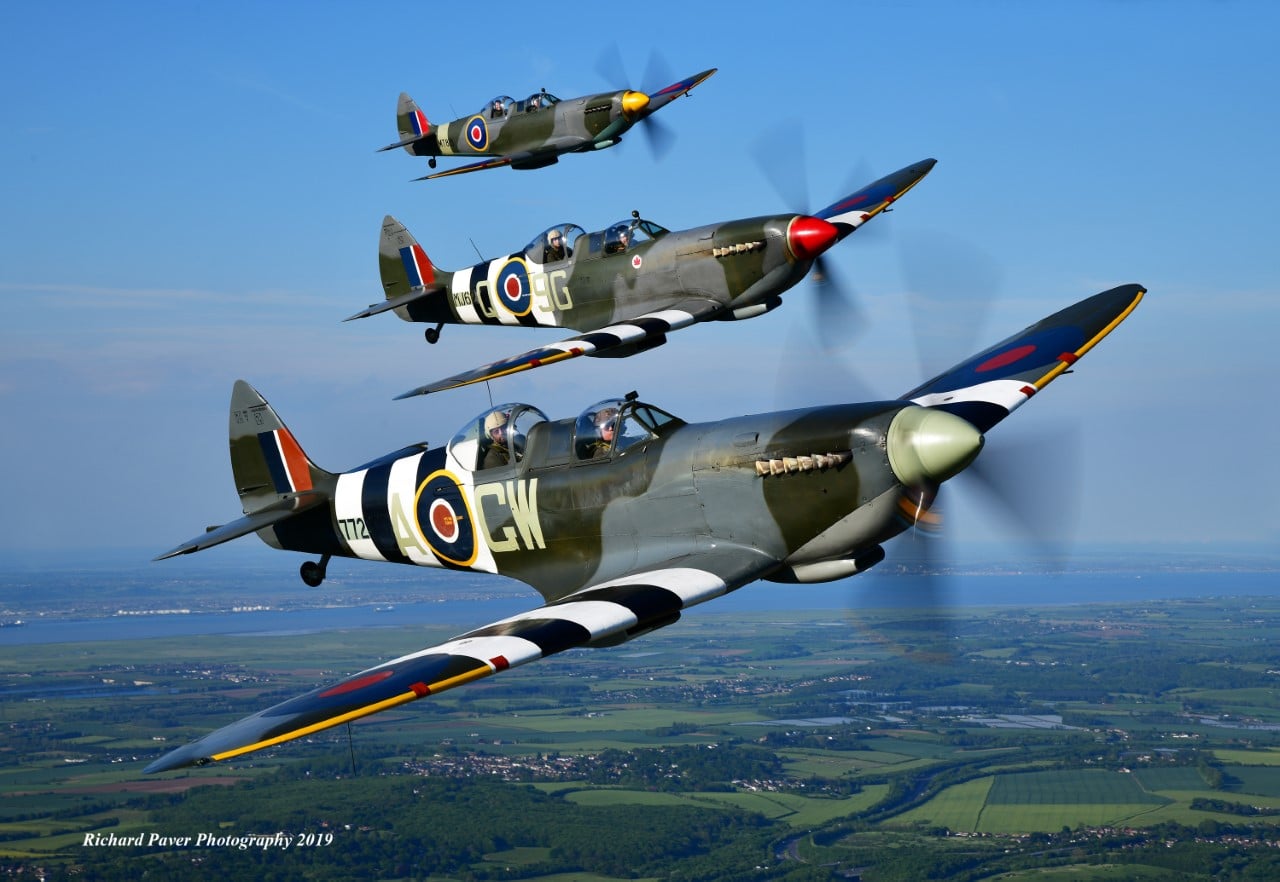 The Biggin Hill Heritage Hangar, is currently home to three original two-seater Spitfires in which we offer passenger flights. These include a pair of T9s MJ772 and MJ627.

MJ772 was built at Castle Bromwich in late 1943 and was delivered to No. 341 Squadron of the Free French Air Force, then based at RAF Perranporth, Cornwall on January 20, 1944. With the squadron moving to RAF Merston on April 17, 1944 in preparation for D Day, MJ772 with pilot Sergeant Habib, flew a sortie on 6 June over the landing beaches of Normandy. In July 1950 MJ772 was sold to Vickers for conversion to a two-seat trainer for the Irish Air Corps, arriving at the IAC base at Baldonnel in 1951. Used in the Battle of Britain film, it again suffered damage and was repaired at Duxford. For further history of the Spitfire MJ772 click here.

MJ627 was also built at Castle Bromwich in 1943 as an LF MK IXc and entered service with 441 Squadron of the Royal Canadian Air Force (RCAF) serving with the RAF. In service, MJ627 carried the Squadron code letters of ‘9G’ and was painted with invasion stripes as it is flown today. For further info on the story of MJ627, click here.

We are delighted to announce that the Biggin Hill Heritage Hangar, will soon be taking delivery of a fourth two-seater Spitfire: TE308. TE308 was built on April 19th, 1944 as a single seat Mk IXe at Castle Bromwich.

After the war ended, 20 Spitfires were converted from the single seat to two-seat trainer configuration, including TE308. It is one of the fleet of Spitfires that featured in the Battle of Britain film, alongside MJ772. After a long period based in America, Spitfire TE308 is finally coming home.

If you, or a loved one would like to fly in a Spitfire, contact us today to find the perfect date.