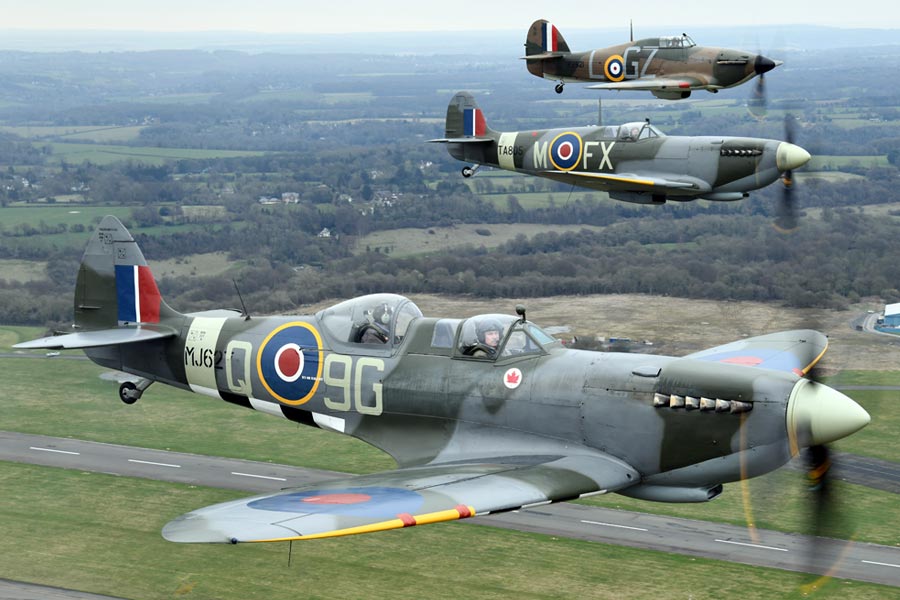 Are you confident you know everything there is to know about the Spitfire? Think again. At Fly a Spitfire, we have compiled a list of five facts you probably didn’t know about the world’s most famous fighter aircraft.

1. Between 1938 and 1948, 20,351 Spitfires were built. Fast-forward to present times and how many are left in the world today? Around 240 are known to exist. Of these, around 60 are airworthy. 70-odd are used for static display and around 110 across the world are either held in storage or are being actively restored. Unsurprisingly, it’s the United Kingdom that has the largest number of airworthy Spitfires remaining (30 out of the 60).

2. The Spitfire fund was a scheme in which the public could contribute to the cost of buying Spitfires. £5000 paid for a whole one and it could be presented to the RAF in a naming ceremony – after the person or organisation who contributed.

3. The name ‘Spitfire’ was first applied to the unsuccessful prototype Type 224. The designer of the Spitfire (R.J Mitchell) wanted the aircraft to be called ‘the Shrew’ or ‘the Scarab’.

4. The Supermarine Spitfire was the only British fighter aircraft to remain in production before, during and after World War II

5. Back when production of the Spitfire was underway it cost an average of £12,604 for each aircraft. Today that would equate to just under £800,000 for each Spitfire produced. This is more expensive than the RAF’s other high-performance fighter – the Hurricane.

There is no doubt that the British Supermarine Spitfire is one of (if not the) most famous fighter aircraft in the world. Its unforgettable contribution to the protection of our skies and nation throughout World War II, most notably the Battle of Britain, has earned it a legion of fans.

If you count yourself among them, feel free to have a look at our flights, so you can experience one of the 60 remaining airworthy Spitfires!