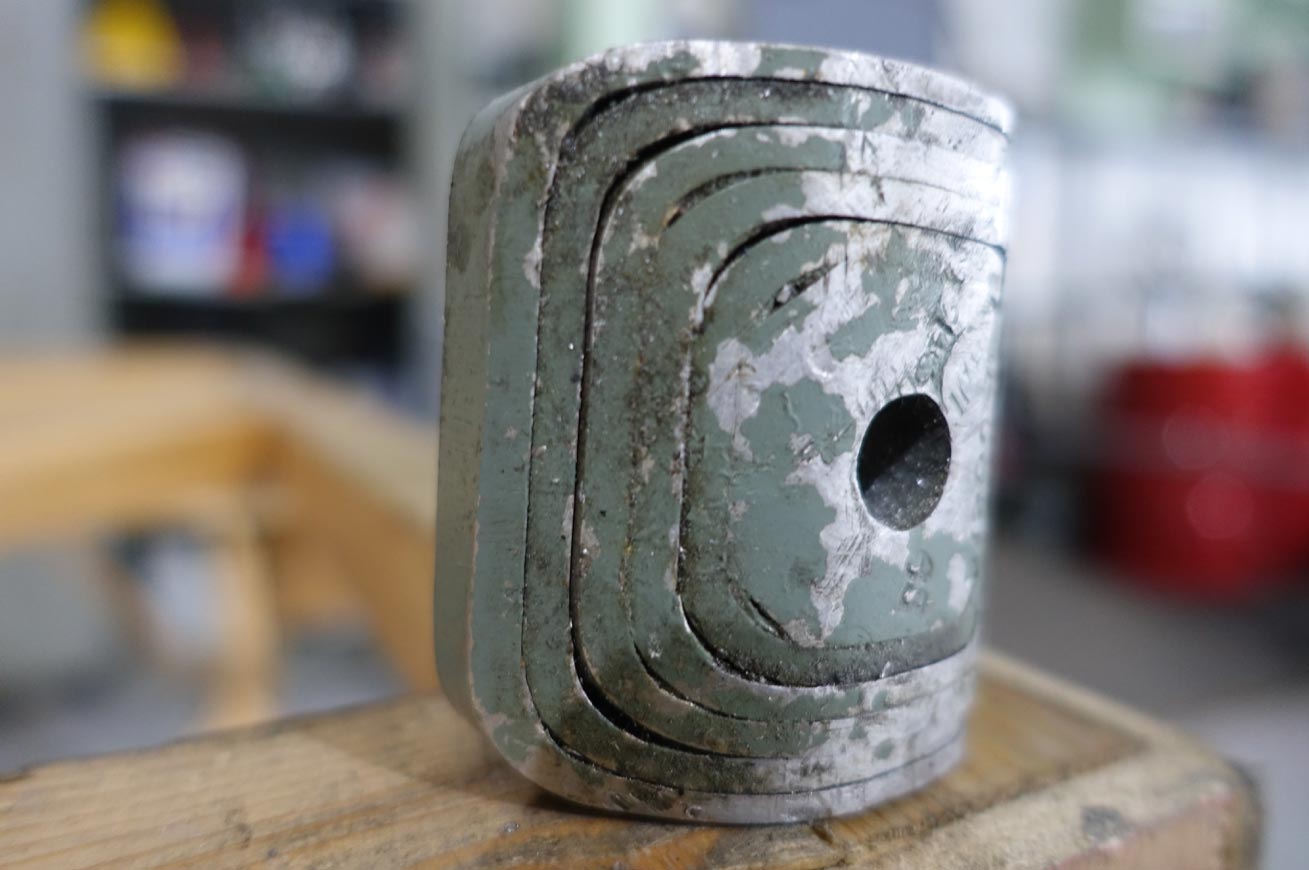 Spitfire wings are very large and dominate the silhouette of the aircraft with their elliptical characteristics. They are also light and strong and very thin for their day when compared with the deep section which you would see on the Hawker Hurricane of the same period. Structurally, they are complicated beasts, but are practically the making of the Spitfire legend, along with the Merlin engine. R.J. Mitchell put everything he had learned working on the high speed Schneider trophy-winning aircraft into his design work on the Spitfire.

Shown at the top here is cross-section through a decommissioned wing spar from a wing now under repair. You can see the concentric square tubing that make up the spars in a Spitfire wing on this example. The drawing underneath shows how the various sections fit together to form the twin booms. These are reinforced by the spar ‘web’. The strength inherent in Spitfire wings is concentrated through this structure.

As we move outboard along the wing it gets much thinner. A wing tip of wooden construction is attached by two bolts. The upper section of each tube in the spar boom is cut away to reduce its thickness in a stepped manner so that at its extreme outboard end it is just a single layer of tubing. With a bracket on each to take the wingtip attachment bolt.

The wingtips themselves were of wooden construction with the outer aluminium skin screwed to the wood. They could be detached and replaced with a fairing to increase the roll rate of the Spitfire. This offers a major advantage in air-to-air fighting.

Being so complicated and comprising so many individual parts, Spitfire wings take up a major portion of the time and expense in any Spitfire restoration. We retain and reuse as many of the original structural parts as possible when rebuilding wings, for the dual reasons that preserving originality is of key importance, but also for the reason that a part that can be re-used doesn’t have to be made.