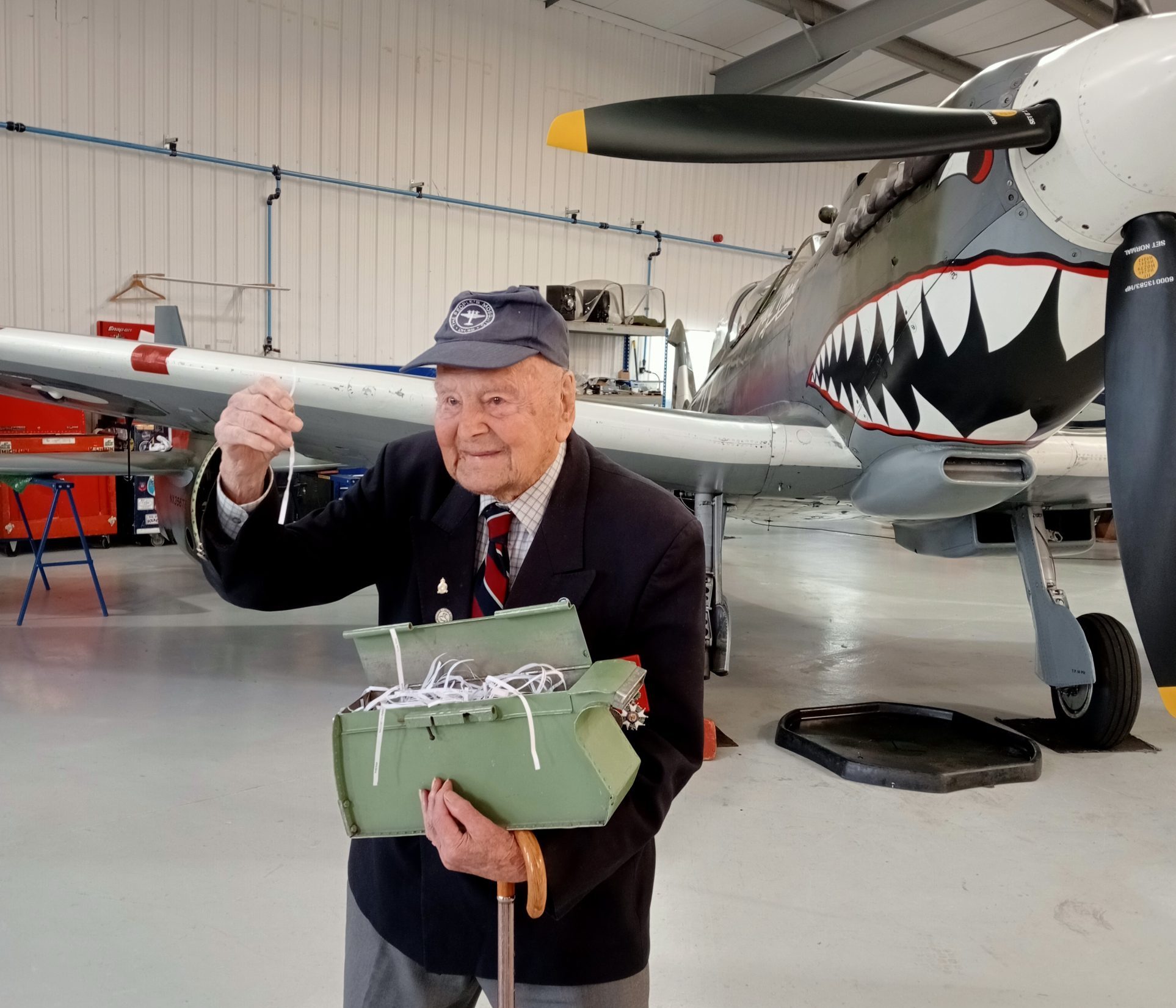 flyaspitfire.com were proud to continue support of the RAF Benevolent Fund with our 2022 Spitfire Flight competition in partnership with The Daily Express.

The competition ran during December 2022 with the chance for 2 people to win a ‘Weald of Kent’ Spitfire Flight, entrants were encouraged to make a donation to the RAF Benevolent Fund

On Friday 6th January all the entries were placed in a WWII Spitfire ammunition box and two were drawn by RAF Veteran George Dunn. George, who turned 100 in September 2022, was amongst the first recipients of a Centenary Birthday messsage from his Majesty King Charles III. George completed 44 operations during the Second World War. He flew his first tour from May to October 1943 on Handley Page Halifax bombers with 76 Squadron, during one of the most intense periods of bombing of the war. On completion of his tour, and after a period as an instructor pilot, he then took up duties flying de Havilland Mosquitos, firstly with 608 Squadron and then with No. 1409 Met Flight.

“I have been involved with the RAF Benevolent Fund since about 2009. We have a group in Sussex, which does book-signings at garden centres and museums, and we have raised in the region of £100,000. It shows that we can contribute to the welfare of those that are less fortunate, and the demand is still there. Even though we are not at war, there are still people that are suffering from the effects of the last war, or World War Two, or the Falklands, and they still need the help of the RAF Benevolent Fund.”

The lucky winners were: Richard Weatherall and Catherine Parker, both were thrilled to be selected and are looking forward to the flight of a lifetime in the worlds most famous aircraft.