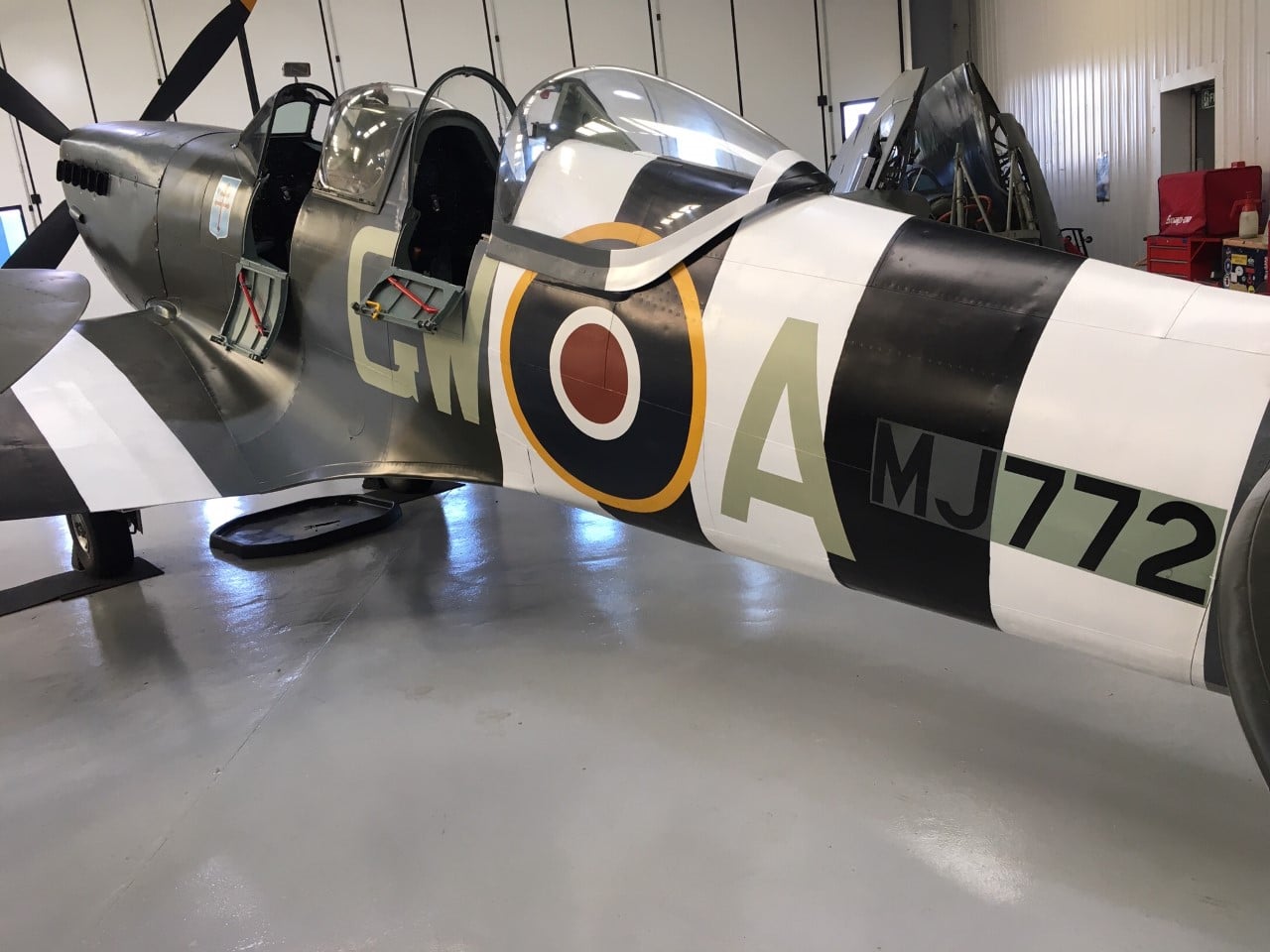 With the 75th anniversary of D-Day fast-approaching on the 6th June, Fly a Spitfire are honouring those who took part in D-Day with a flight across the channel with our own D-Day Veteran Spitfire MJ772.

‘6/6/44 12 Aircraft of 341(F) Squadron, led by Capt Boudier, took off from base at 09.04 hours with 340 and 329 Squadrons, to act as low beach cover in the eastern area and on the eastern flank of the assault area. No enemy aircraft were seen, but there was slight light inaccurate flak south of the beach and intense flak north of Caen. One lorry was damaged. Aircraft landed by 11:10 hours. Weather 10/10 at 6,000feet. Visibility good.’

MJ772 was flown by Sgt Habib with the squadron moving to RAF Merston on April 17, 1944 in preparation for D Day, flew a sortie on June 6 over the landing beaches of Normandy. MJ772 then continued to fly over Normandy following D-Day with numerous flights in June. See our previous blog to read the story of MJ772.

As part of the D-Day anniversary events, we’ll also be collaborating with https://www.daksovernormandy.com/, who will be filling the skies with Douglas DC-3/C-47 Dakotas and hundreds of Paratroopers.

On the 5th of June, MJ772 will proudly provide fighter escort for the Dakotas as they make their way across the channel before 250 men and women will parachute into the historic drop zones of Normandy.

Our Veteran Spitfire MJ772 will be flying with the signature D-Day invasion stripes on display. These were 5 black and white alternating stripes painted on all fuselages and wings of allied aircraft on June 4th, 1944. This was done to reduce the risk of the jets being shot down by US and British forces. As well as the invasion stripes appearing on aircraft, they were also added to troop carriers too. Following the Normandy landings, the stripes were removed, this was because it would have made them an easier target for the enemy.