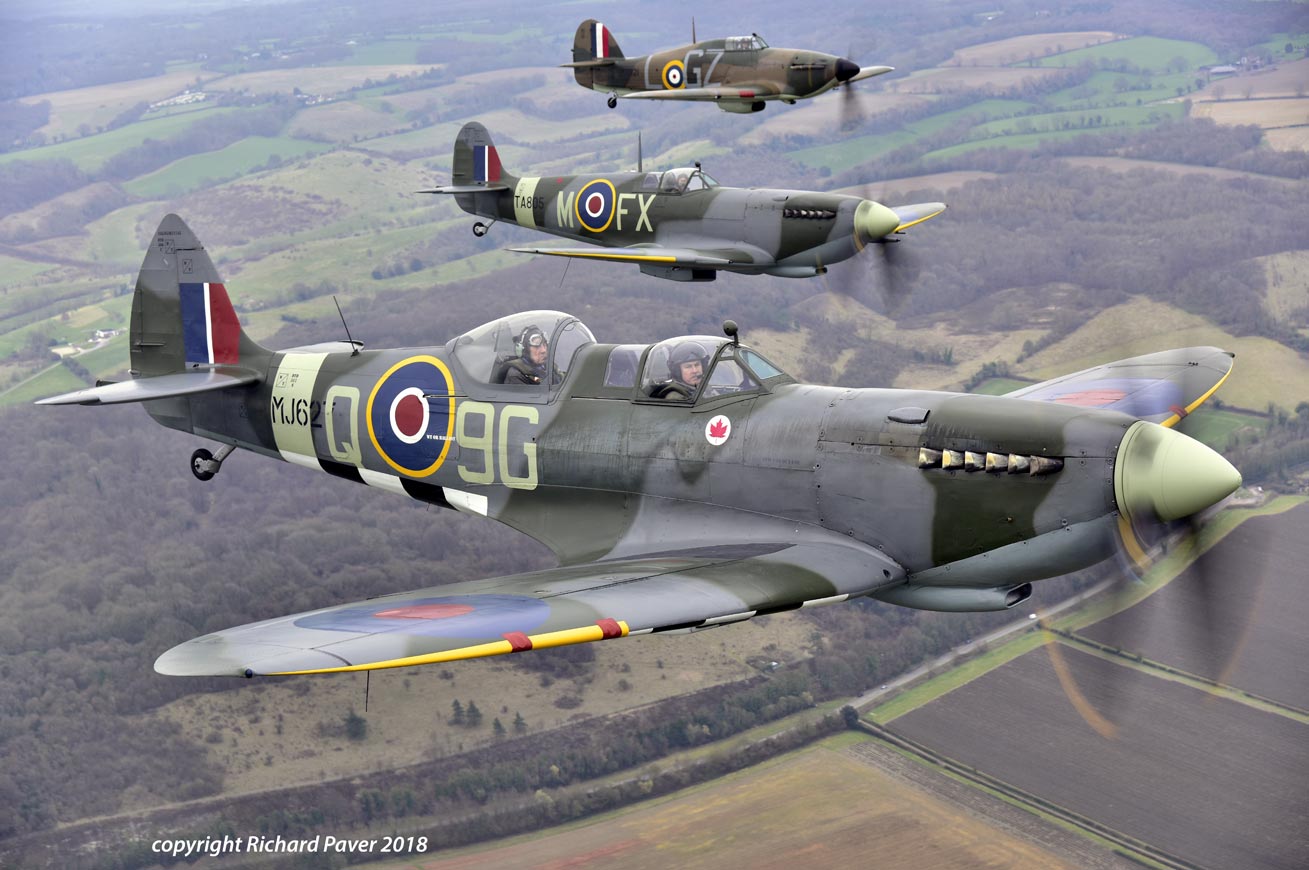 He was just 19 when he joined the RAF in 1940. Now 96, Squadron Leader Allan Scott DFM returned to Biggin Hill to take to the skies once again in a Spitfire as part of the RAF100 commemorations at this famous Kent airfield.

Flying in the back seat of the Heritage Hangar Spitfire TR9 MJ627, he was escorted by Spitfire 9 TA805 ‘Spirit of Kent’ and Hurricane 1 AE977. Returning to the airfield bought back many memories for Allan when his first tour from Biggin was with No. 124 (Baroda) Squadron. During his time with the squadron he shot down his first enemy plane but his time on English soil was short when he was posted to Malta in 1942 where he served with Nos. 603 (City of Edinburgh) Auxiliary Squadron and No. 1435 Squadron again flying Spitfires. Credited with at least five kills and two probables, he returned to the UK and joined No. 122 (Bombay) Squadron flying P51 Mustangs over Europe. His final tally was six victories.

Also returning to Biggin Hill to help the RAF100 commemorations was First Officer Mary Ellis of the Air Transport Auxiliary. Resplendent in her uniform and now 101 years of age, Mary flew most every type of aircraft from the factories to the stations recalling that her favourite was the Spitfire. Taking her first flying lesson in 1938 she flew for pleasure till 1941 when a BBC appeal for women pilots to join the ATA was broadcast.

For four years she ferried warplanes from the factories, aircraft as diverse as Wellingtons, Mitchells, Oxfords, Harvards, Swordfish and of course her favourite, the Spitfire. In peacetime she was the commandant of Sandown Airport on the Isle of Wight and now lives not so quietly on the same island. A favourite of the heritage hangar, she is at her happiest when amongst fellow aviators.