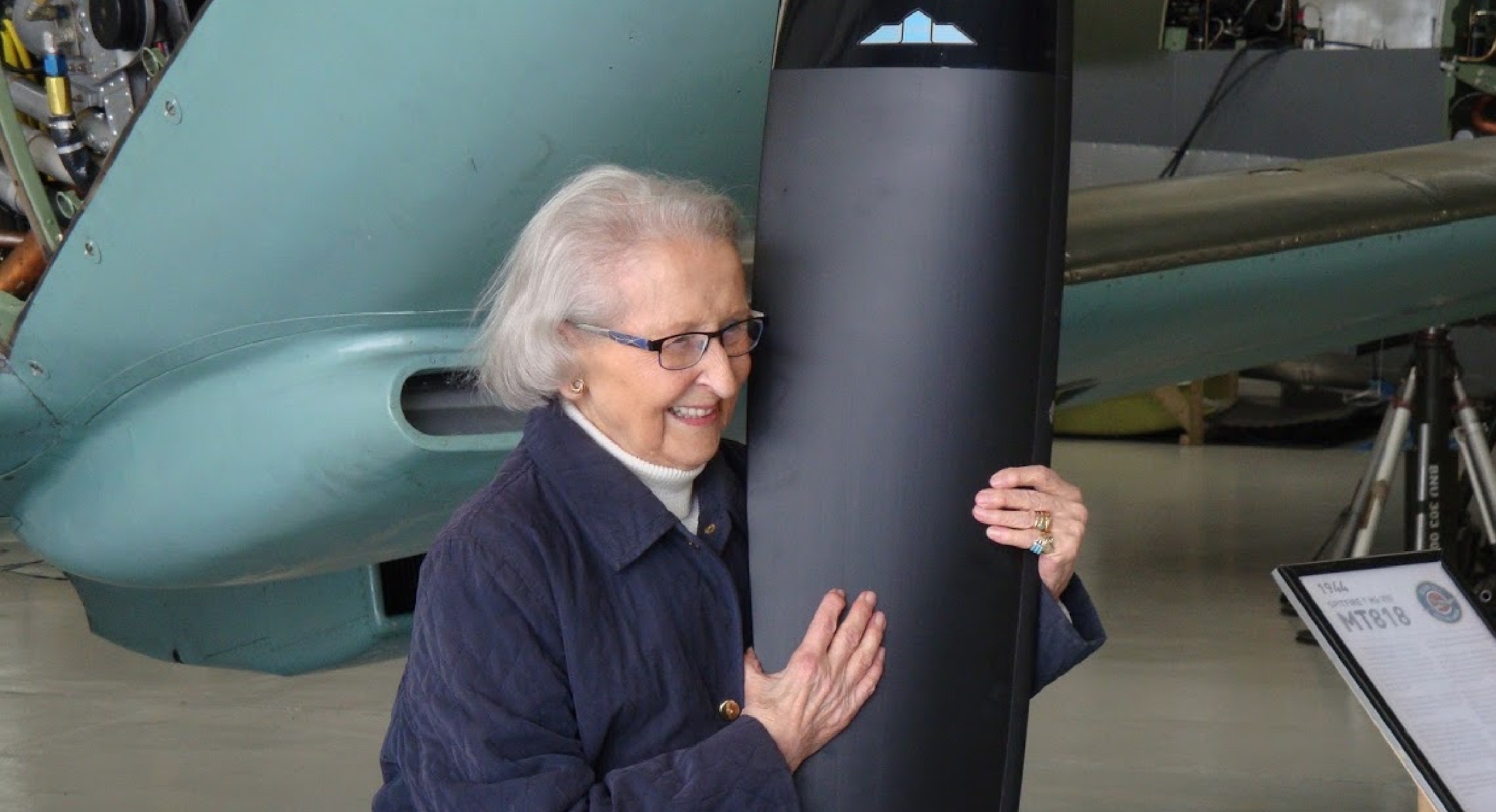 We were recently very honoured to welcome June Newton to the hangar – a WW2 veteran Spitfire mechanic.

When she first went to the RAF recruiting office to enrol, she chose at once to be trained as a flight mechanic. “There was no point in being in the Air Force if I didn’t work with planes” she recalls. June was warned by the recruiting staff that it would be a tough life as a mechanic and ruin her hands, regarding which she now says “it wasn’t and it didn’t.”

After basic metalwork training June learned all about different types of aircraft engines. Six weeks after starting, June and her colleagues passed out as fully-fledged flight mechanics.

Her first posting was to RAF Aston Down she was promptly allocated her own Spitfire to service and ground test. On fill throttle runs, someone had to lie across the tailplane to prevent the tail from rising and the prop striking the ground.

Each mechanic would sit and wait for their ‘kite’ to return from combat, whereupon they would marshall it into a parking spot, choc the wheels and refuel the aircraft ready for its next mission. She says the times spent sitting out at dispersal were the happiest of her life.

Re-trained and posted to RAF Charterhall, June says that she was now on Beaufighters, changing propellers. The only up side of this posting was that she got to fly in the aircraft herself on test flights. On commenting to her pilot that she didn’t have a parachute, he replied that they wouldn’t be flying high enough for one to open anyway!

After Beaufighters, June was posted to Staverton and finished up as a fitter working in various hangars – a far cry from the glamour of her beloved Spitfires she says.

It was our pleasure and privilege to welcome a veteran Spitfire mechanic back among the aeroplanes she loves and dis so much to keep flying.